Many people get bitten by the blogging bug, but for most it is harmless dabbling.  Many are called but few are chosen to dive into an obsessive activity that is a time sink of epic proportions.  At least in the case of tax blogging, it is significantly less lucrative than the underlying professional activity.  I have yet to hear of a tax blogger who has given up his or her day job.  Although my resume might look like I've worked for different organizations, I've really only had one job.

Herb Cohan, managing partner of Joseph B. Cohan and Associates hired me in November of 1979.  Don Jeffery, Tax Practice Leader for the New England Cluster of Grant Thornton finally fired me effective May 1, 2013.  He told me he was only following orders.  That was the big difference with being in a national firm.  In local and regional firms everybody is afraid of an ego-maniacal, possibly sociopathic, dictator of greater or lesser benevolence.  At a national firm, everybody is afraid, but it is hard to put your finger on who they are afraid of.   So without ever looking for a job I managed to be everything from staff accountant to partner in a large local CPA firm, equity partner in a medium than large regional firm and finally Managing Director (I was too old to start as a partner) in a not quite Big Four firm.  Like Woody Allen said "90% of life is showing up". 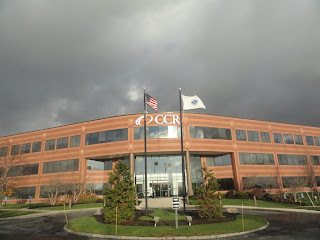 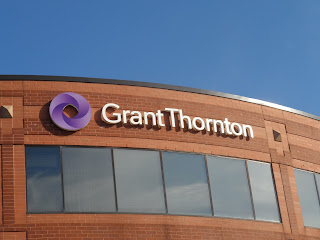 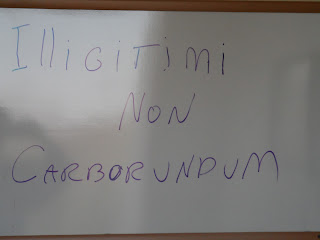 I started this blog in December 2009.  There were a number of things that I had written that nobody else was interested in publishing.  I also had a habit of scanning almost all original source federal tax material for items that were of interest my firms tax practice.  I figured I could share the wealth more widely and perhaps "build my brand".  It's always easier to ask forgiveness than permission, so I did not share this brilliant branding strategy with firm management until I had been going for a couple of months.  My managing partner at the time is a nice kid, but he is a graduate of the Citadel.  You don't fly in the face of a managing partner who graduated from a military college (It counts Chesty Puller among its alumini) that was founded for the express purpose of training the young men of South Carolina to be prepared to put down slave revolts. He told me to stop, because he was worried about the exposure.

I continued sporadically for a few months writing about things other than taxes.  Then I had a lucky break.  I started negotiating with a guy in marketing who gave me a green light.  Coincidentally the managing partner, the kid from the slave revolt repressing military college, decided that partners needed to be refreshed and instituted a sabbatical program.  Eight weeks two partners a year.  Eligibility was based on seniority in the firm.  For the first time in thirteen years being one of the founding partners of the firm that merged Joseph B Cohan and Associated out of existence finally paid off.  Prior to that the first item on the agenda whenever the executive committee met was how to make the deal worse for me (They denied that inference on my part, but never quite convinced me.)


I spent most of the eight weeks driving cross country with my sixteen year old son. One of the high points of the trip was getting my picture take in front of Flick's Bar in Hammond Indiana. If you don't grasp the significance of that, you wouldn't understand,.  My son got sick of me after a while so I had to put him on a plane in LA and do the trek back alone.  Thanks to the miracles of modern technology that gave me the chance to get this blog really going.  Before long my readership numbered in the scores.  I also formed the habit of picking up issues and following them.  The tax issues surrounding gay marriage and the parsonage exclusion were two that go back to my earliest days of blogging.

I watched what other tax bloggers sometimes consumed with envy.  Among them was Kelly Erb - Taxgirl or Taxgrrl as Joe Kristan calls her.  I found the tax blogosphere a very welcoming place and formed online friendships with some of its most senior members including Robert Flach, the Wandering Tax Pro.  Then Taxgirl moved to forbes.com.  I worked my network and tried to find out what was involved in that. Thankfully, they liked my material enough to invite me to become a contributor.


From that point on I started using this blog as a parking place for original source material that I referenced from forbes.com  It would also give people a sneak peak as to what I might be writing about in the next couple of weeks. Eventually I figured out how to get links to original source material without copying the cases into this blog and let it go moribund, but kept it as an archive of sorts.

This blog will continue as an archive, but all the substantive tax posts on it have been moved to Your Tax Matters Partner and non-tax posts have been moved to We Are The Future Generations.  Forbes.com material will also be copied to those blogs over the next several weeks [Decades maybe.  What a tedious project] for better indexing and cross-referencing.  I may add other features.

I will be accepting guest posts on both of those blogs.  In reality, it is not very hard to set up your own blog, but if you are only going to post sporadically, it can look a little silly.  I am not now offering and never intend to offer any compensation whatsoever other than my gratitude.  That an a nickel will get you, I don't know a nickel maybe.  Still you might be able to make something out of it.  Building your brand you know.

If you are interested contact me at peterreillycpa@gmail.com.  I usually find it easiest if your post is just included in the body of an e-mail rather than as some sort of an attachment.

If you actually want to start your own blog, blogspot makes it very easy for you, but you still might want to consider Blogging For Dummies which had some useful tips.  It would probably be a good idea to learn html, but I have gotten by without it. I have learned that when I paste something and it looks weird I need to go into the html and delete all the odd things in <>.  Look at what other bloggers in your field are doing and communicate with them.  The tax blogosphere is actually pretty friendly.  That is probably because none of us have figured out how to make a living from blogging.  Actually doing tax work pays much much more than writing about it.

For latest tax developments check me out on forbes.com.
Posted by Peter Reilly at 12:14 PM 3 comments:

Over and over again courts have said that there is nothing sinister in so arranging one's affairs as to keep taxes as low as possible. Everybody does so, rich or poor; and all do right, for nobody owes any public duty to pay more than the law demands: taxes are enforced exactions, not voluntary contributions. To demand more in the name of morals is mere cant. Judge Learned Hand

Any tax advice contained in this communication is not intended or written to be used, and cannot be used, for the purpose of (i) avoiding penalties under the Internal Revenue Code or (ii) promoting, marketing or recommending to another party any transaction or matter addressed herein.